My Journey Through Lebanon and Turkey

As always, your amazing travels meet with your amazing talent as a writer. I very much enjoyed reading this post. Perhaps someday I will have the time and means to take such travels myself. Until then, I thank you for allowing me to vicariously live through you :)

Thank you Brother...and I count myself very lucky. I am not entirely certain why God has chosen me for these trips, but count my blessings that he has.

The Secret Psychology of Freemasonry 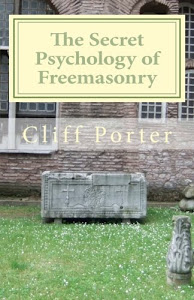